I Adopted the Male Lead 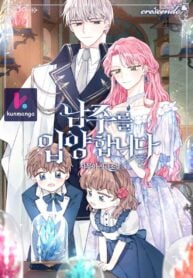 When Karina wakes up inside a novel, she realizes she’s been given a chance to change the tragic lives of the male lead, Roland Bleuet, and his sister, Melisa. Karina saves up as much money as she can and makes a run for it with the children. But to her dismay, the money she has saved up isn’t enough to get the three of them to the capital. Instead, they head for Torres where Karina bumps into Duke Claude Torres, a “talent fanatic” who is obsessed with collecting talented individuals and an antagonist who will negatively impact Roland’s life in the future. Will Karina be able to protect Roland and Melisa from all dangers and give her adoptive children a better future?

Faking It In Style

Don’t Concern Yourself With That Book