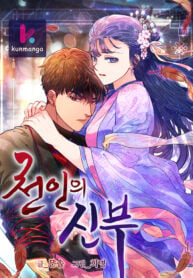 “I am the one who will be your husband.” Chae-yeon, the princess of the Chae Dynasty, lost her mother, who was the Empress. She has lived in the palace, being cosigned to death by the Emperor’s beloved warlord, Gwibi. Chae-yeon, who decided to become a priest of heaven to change the fate of her beloved and reluctant brother, Sung-jong, heads to the shrine after the ritual of Jecheon. But, Lord Gwibi sent soldiers to stop Chae-yeon from gaining new authority as a bride of heaven, so when she was heading to the shrine, the man with wings appeared to save her. He took Chae-yeon with him and went away. Later, Neil Chae-yeon opened her eyes to find herself on a luxurious bed!문솔

Lend Me Your Lips

I Refuse to Be Executed a Second Time