My Ex-Husband Became The Male Lead 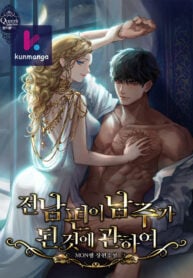 Renna, who lost her life, was reincarnated into a novel she used to read in her previous life.
Thankful for getting another chance, she lived her life peacefully until one day, the Male lead appeared in front of her out of nowhere and made a request.
“….I need you to make me a potion that can make my desire disappear.”
“What….kind of desire?”
“….sexual…..desire…..”.
The problem here…..is that the man asking for the potion to be made is Renna’s ex-husband who lost his life on the same day as she did.
Her stoical monk of an ex-husband. Her ex-husband, who throughout their marriage, was the literal meaning of the word ice.
He had possessed the famous Male Lead and appeared in front of her!