The Duchess Of The Glass Greenhouse 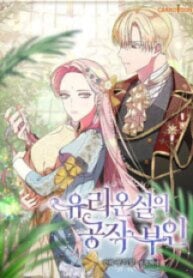 The Duchess of the Glass Greenhouse

Reina was born from a high noble lineage and became the wife of Duke Heathville. However, she faces a miserable death in which she is despised by her loved one, and even her child is taken away from her. But when Reina finally gave up on everything…she was given a second chance. «This time, I won’t turn a blind eye to whatever I see!» Reina summoned her courage and began to live her second life. « Edhart. I know everything now, and I hate you.» Reina realizes now how ignorant she was in the past. “I’m going to divorce you.” Even the husband that she once loved. “Alright.” Her husband, who she thought had despised her, was crying.