Red Laurel Flowers to My Emperor 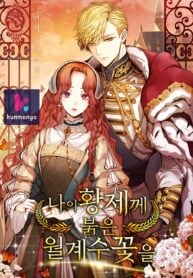 Emperor of the Golden Empire of Cairos, Ethan Apolius Cairos. The protagonist in a prophecy who is supposed to bring ultimate prosperity to the empire.
As for me as a girl who was forced to marry into this empire, I didn’t even get the emperor’s attention.
Roel Neares, dawn princess of the empire of Tortilla, an empire of red.
The only way I can get out of the abandoned palace is to marry an emperor from another empire.
I heard that on my first night with Emperor Cairos
“Emperor Cairos. I’m here to offer you a deal.”
“Trading…can you become any of my cards?”
I am a princess no different from being sold to the Cairos empire. What I brought up…
“…I will offer you the guardian of the North and my homeland, Tortilla.”
Enough to attract the emperor’s attention.

My Three Thousand Years To The Sky

The Heroine Wants Me As Her Sister-in-Law